The Wood County Recreation Commission will be operating under shortened hours until further notice.
The office in the city park will be staffed from 8 a.m. until 12 noon Monday through Friday. After hours please call 304-424-7311 and leave a message which will be returned the next working day.
Sorry for any inconvenience this may cause.

We are excited that you are visiting our web site. Our goal is to provide a more effective and efficient method of informing our community of the many recreational opportunities available at the Wood County Recreation Commission.  We will be adding, deleting, and updating information often in our effort to make current data more accessible to our participants and their families.

The boys elementary basketball championship games were postponed indefinitely by orders of Wood County Board of Education on orders from the Governor's office. The games will be played at a later date if possible. 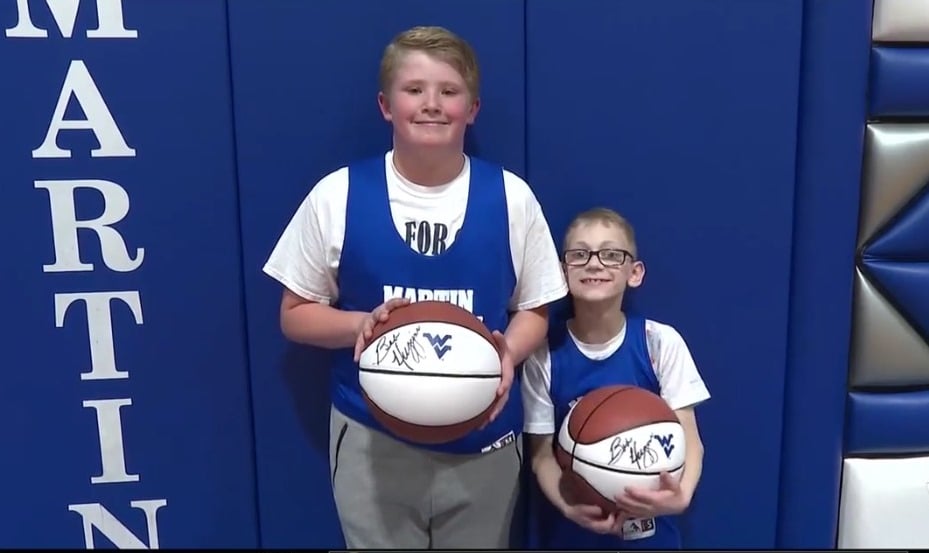 Greyson Board and Austin Jenkins display the basketballs that were signed by WVU coach Bob Huggins and delivered to Martin School last week. Greyson helped Austin score a basket in the county tournament game on March 6 against Kanawha and the moment was captured on a video which went viral, seen by millions and played on virtually every TV show and station in America. Austin was born with cerebral palsy. The video can be seen on our facebook page.